Nature imposes an obligation upon each man to labor after his own perfection and that of the society to which he has voluntarily compacted with. This natural and legal obligation is derived from International Law in accordance with the Law of Nations codified in (1758) under Book I Of Nations Considered in Themselves Ch. II. General Principles of the Duties of a Nation Towards Itself § 21 A nation ought to perfect itself and the state. Therefore, the Great Jury is obligated to deliberate upon actions taken by inhabitants that cause great harm to the society within the territory of the permanent population within The United States of America as stated herein;

Book I Of Nations Considered in Themselves Ch. II. General Principles of the Duties of a Nation Towards Itself § 21 A nation ought to perfect itself and the state

“The second general duty of a nation towards itself is to labour at its own perfection and that of its state. It is this double perfection that renders a nation capable of attaining the end of civil society: it would be absurd to unite in society, and yet not endeavour to promote the end of that union.

Here the entire body of a nation, and each individual citizen, are bound by a double obligation, the one immediately proceeding from nature, and the other resulting from their reciprocal engagements. Nature lays an obligation upon each man to labour after his own perfection; and in so doing, he labours after that of civil society, which could not fail to be very flourishing, were it composed of none but good citizens. But the individual finding in a well-regulated society the most powerful succours to enable him to fulfil the task which Nature imposes upon him in relation to himself, for becoming better, and consequently more happy — he is doubtless obliged to contribute all in his power to render that society more perfect.

All the citizens who form a political society reciprocally engage to advance the common welfare, and as far as possible to promote the advantage of each member. Since then the perfection of the society is what enables it to secure equally the happiness of the body and that of the members, the grand object of the engagements and duties of a citizen is to aim at this perfection, This is more particularly the duty of the body collective in all their common deliberations, and in every thing they do as a body.”

In accordance with the authority vested to the Great Jury for the General Post Union of The United States of America within Article 15 of the Bilateral Social Compact Agreement by and between the people for The United States of America, the Great Jury has deliberated, concluded and published the following facts within a True Bill of Indictment and published in The Revolutionary Times News as International Notice evidenced herein; A TRUE BILL OF INDICTMENT FOR COMMITTING SATANIC SOCIAL ENGINEERING OF MINORS HAS BEEN RENDERED AGAINST Brandon A. Wright & Ashley Wright! (therevolutionarytimesnews.com). 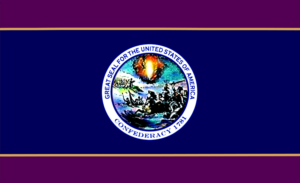 Next post Howard Frederick Walker III removed from the office of the president for The United States of America!