In acknowledgment of the adjudication process having been abandoned by the Judges in the matter of United Nations, World Health Organization, and North Atlantic Treaty Organization LINK wherein the Judges for the War Crimes Tribunal have since been exiled from the metes and bounds and seaward boundaries of The United States of America LINK,  the Great Jury has rendered a True Bill of Indictment against Csaba Kőrösi, Tedros Adhanom Ghebreyesus, and Jens Stoltenberg for war crimes including but not limited to Violating Article 1 of the Nuremberg Code, Inhumane Acts/Experimentation, Extermination/Genocide, and Slavery considered War Crimes.

Lawful jurisdiction and venue in the matter: https://nationalgreatregistry.country/wp-content/uploads/2021/08/20150805-The_Articles_of_Confederation_as_amended_8-5-15_Signed.pdf 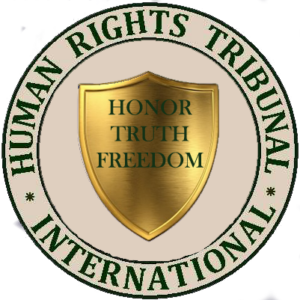