Published in The Revolutionary Times News on 3-18-2022 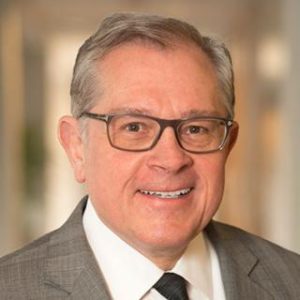 WHEREAS, the War Crimes Tribunal for The United States of America has rendered a Judgment and Order wherein the Tribunal agrees that James L. Madara of American Medical Association Senior Management is openly and notoriously committing murder with malice aforethought, having participated in a scheme to mandate experimental vaccines in violation of the informed consent principle LINK required for medical experimentation established as International Law within Article 1 of the Nuremburg Code, that have, as of July 9th, 2021, resulted in the death of at least 9,048 civilians, within 3 days of inoculation, as reported in VAERS, and is determined to be a number that is under reported by a conservative factor of at least 5 LINK, with updated VAERS Global Totals reported on run date of 2/22/22 totaled 23,990 deaths with an undefined amount of time passing after inoculation being violations of the Law of Nations and all (30) Articles of Public Laws-101 LINK in Case # WCT-20211227-000019.

WHEREAS, James L. Madara and family (hereinafter “fugitives”) are now fugitives from Justice within the metes and bounds and seaward boundaries of The United States of America, and anyone found harboring or offering aid and comfort to the fugitives will be subject to the FORCED DEPORTATION ACT OF 2021 LINK now in effect against the fugitives.

NOW, THEREFORE, the Continental Army Judges for the War Crimes Tribunal for The United States of America hereby proclaim a Notice of Exile into existence whereby the fugitives listed in the Judgment and Order below have 90 days from this Notice, proclaimed this 364th Day in the year of Yahweh 6023, translated date March 18th, 2022, to vacate the metes and bounds and seaward boundaries of The United States of America or have the fugitives’ personal private property Nationalized and under demolition order until complete and be subject to execution by firing squad as written in the Judgment and Order found herein: LINK

The land property of fugitives to be Nationalized and under demolition order is located at 4849 S ELLIS AVE CHICAGO, IL 60615.

Next post NOTICE OF EXILE PUBLISHED AGAINST THOMAS JAMES EASLEY AND FAMILY!