Published in The Revolutionary Times News on 2-7-2022 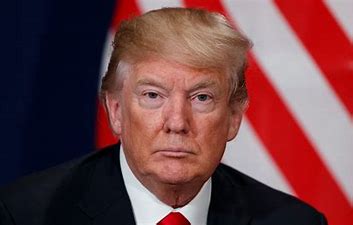 On March 18th, 2020 Donald J. Trump issued Executive Order 13909 for health and medical resources to promote national defense for an invisible threat known as the coronavirus LINK. Since the Executive Orders were issued those persons within the United States Federal corporation have been presumably under the protection of the Emergency Use Authorization. Thirty (30) days were allocated for Donald J. Trump to remove his signature from the aforementioned Executive Orders and that time has expired. LINK

The office of the Special Prosecutor for the War Crimes Tribunal for The United States of America hereby informs Donald J. Trump and those persons for the terrorist organizations associating collectively in the production of experimental synthetic genes biological weapons distributed among the civilian inhabitant populace, are now subject to investigation for war crimes, committed upon the civilian inhabitant populace, in violation of Article 1 of the Nuremberg Code, crimes against humanity, and human rights violations.

Published by the office of the Special Prosecutor for the War Crimes Tribunal for The United States of America.

Previous post A TRUE BILL OF INDICTMENT FOR VIOLATIONS OF ALL 30 ARTICLES OF PUBLIC LAWS-101 HAS BEEN RENDERED AGAINST THE LISTED SECULAR SATAN WORSHIPPING ENTERTAINERS AND INFLUENCERS!